The first piece in our Smithsonian series focused on something that was breathtaking in its beauty, if not fabled in its history. Our second entry, by contrast, is ensconced in mystery and intrigue. The Spanish Inquisition necklace is a multi-strand necklace of diamonds and emeralds. The emeralds in particular are exquisite specimens of the natural world. The necklace features 15 emeralds of exceptional quality. The largest, in fact, is of specific interest because of its astounding clarity. The barrel-shaped emerald is actually drilled and strung on the necklace (as opposed to being set in prongs or a bezel). Interestingly, visibility of the drilled channel through the middle of this gem is diminished because the channel itself is polished on the inside too. 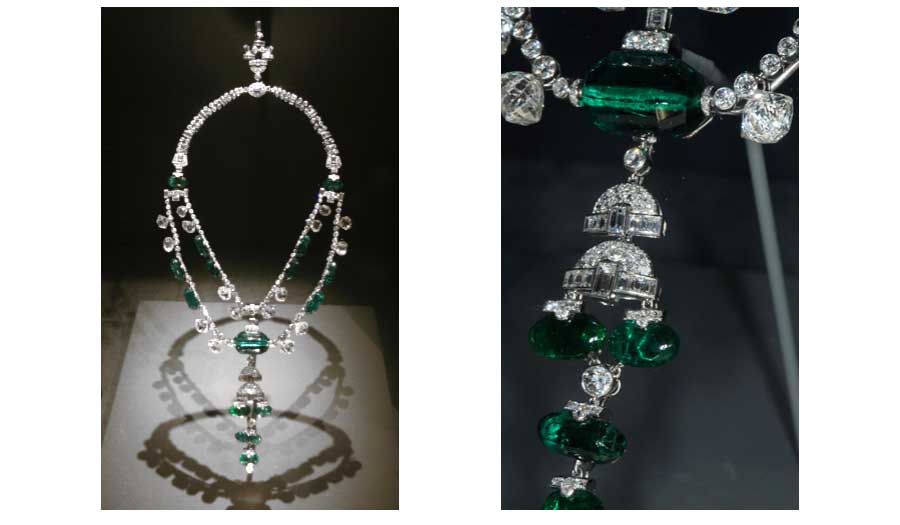 Aside from the obvious visual allure of this piece, I think the most interesting thing about it is the thing you can’t see: its story. As far as absolutes are concerned, the Spanish Inquisition necklace’s certain history doesn’t start until 1947 when famed American jeweler Harry Winston bought it from the son of the maharaja of Indore (which was, at the time, a Maratha princely state [a semi-sovereign state] during the period of British rule in India). Winston then went on to loan the necklace to actress Katharine Hepburn later that year for the 1947 Academy Awards. This gesture became the first instance of a designer loaning their jewelry to an actress for the Oscars. 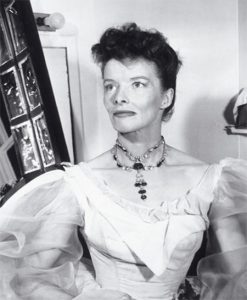 Harry Winston gave the necklace its name, but interestingly, no one knows why. There is not a shred of evidence to support that this necklace, nor any of the stones in it, had anything at all to do with the Spanish Inquisition. It has been speculated that Winston may have named it such because of the intrigue, majesty, and romance of the Spanish royal court. The Spanish Inquisition is a name and event familiar to all. However, it should also be noted that there actually was a type of necklace that has been referred to as a Spanish Inquisition necklace. To avoid persecution, many Jewish women in Spain during the Inquisition outwardly converted to Catholicism. However, they wore necklaces with six butterflies on them. These necklaces could be folded in on themselves to form the Star of David. The necklace is seen as an underground symbol of resistance to tyranny and persecution. The necklaces were called Butterfly necklaces and then later, Spanish Inquisition necklaces. 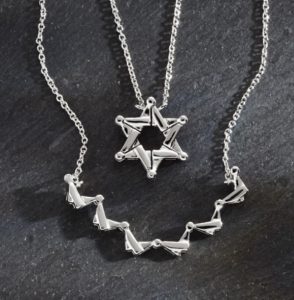 You should also keep in mind that up until the conquistador period of Spanish history, emeralds were not widely available. After Spanish royal financing of the conquistador voyages to Central and South America, emeralds appeared in Spain by the shipload, literally. In either case, no one really knows why Winston named the necklace the way he did.

While the mystery of the name origin may never be solved (which grieves my nosy, know-it-all heart, believe me), the gems themselves are willing to give up some of the necklace’s secrets. Gem-quality mineral crystals don’t naturally occur in a vacuum. When they are forming, deep in the hidden bowels of the Earth, other minerals and impurities invade the burgeoning crystalline structure. Based on the inclusions, impurities, and other identifying factors, we can narrow a gem’s origins to individual mines. The sleuthing made possible by the Earth is rather incredible. And the detective work doesn’t end with the gemstone composition. We can learn a lot about a gem’s history based on the type of cuts and facets used to shape the rough into the gem we see before us. As technology and skill have advanced over the centuries, so has our ability to trace a gem’s history through its faceting and finishing qualities. 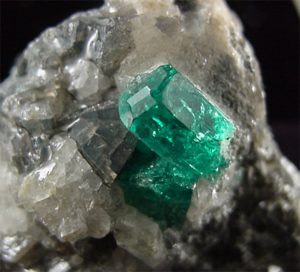 So what does this mean for the Spanish Inquisition necklace? Let’s start with the emeralds, because they are really the star of this piece. The emeralds, based on the known world history of the time and the type of emeralds they are, are certainly from Colombia. In fact, they are from two distinct mines: the Muzo and Chizor mines. The color can help further identify which stones are from which mine. The deep, saturate, true green stones are representative of the emeralds which originated from the Muzo mines. By contrast, the emeralds with slightly less depth of color and which exhibit a very slight blue tint are indicative of emeralds mined from Chizor.

So now we know which mines produced the emeralds, but when did these spectacular stones get torn from the rock and earth? To shed some light on that question, we look to the cut of the emeralds and diamonds. The stones are cut in the old-school Indian style. This pattern of faceting and polishing was typical of the Moghul empire in India. In terms of their trip there, the emeralds were likely exported from Spain to the large consumer capitals of the day: Turkey, India, and Persia (which is explains why these areas contain some of the largest museum collections of emeralds from this period in history). At the time (the late 1600s), India was the only significant source of diamonds in the world (Brazilian, and later African, deposits were not found for quite some time later) and the gemcutters in northern India were regarded as the most skilled artisans of the day. This gives us a good picture of why and how these Colombian emeralds came to Asia to be cut. 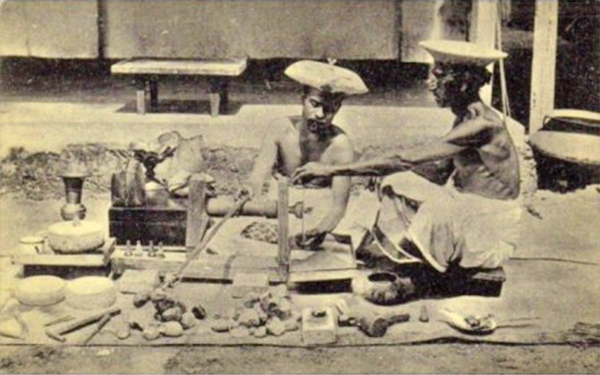 Unfortunately, our sleuthing now comes to an abrupt end. The stones can only whisper so many sweet nothings into researchers’ ears. With our trail cold, the gaps in the Spanish Inquisition necklace’s real history are filled in with legend and lore. Romantic legends purport that the necklace, or a part of it, or its stones, adorned the necks of the ladies in the Spanish, and then French, royal courts.

Our story is then faced with the obvious problem of explaining how the necklace, with emeralds mined in Colombia and cut in India, which then presumably made it back to Europe at some point, returned to India by the mid-20th century. It is thought that the maharaja purchased the necklace from one of the European auction houses (like Christie’s) and owned it until Harry Winston acquired it in 1948. Winston didn’t own it for long; he sold it to Cora Hubbard Williams in 1955. When she passed, she bequeathed the necklace to the Smithsonian Institution in 1972.

It is believed that Maharaja Tukojirao Holkar III (left) brought the stone back from India and bequethed it to his son, Maharaja Yashwantrao II (center), who eventually sold it to Harry Winston (right)

The last thing I’d like to draw your attention to is the unchanged nature of this necklace. Unlike many of the pieces in the Smithsonian collection, this one has remained unchanged and unaltered (at least, in its known history since Harry Winston took ownership). It is unusual for such a piece to stay in its original form despite having numerous owners. 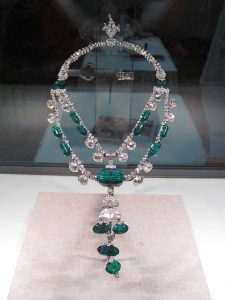 I appreciate the skill and passion that were put into this necklace, even if its style isn’t my favorite look. The reason this necklace captured my heart is because of its history. I’m a sucker for a good love story, and there is none greater than the tale woven in the hidden places of the Earth.